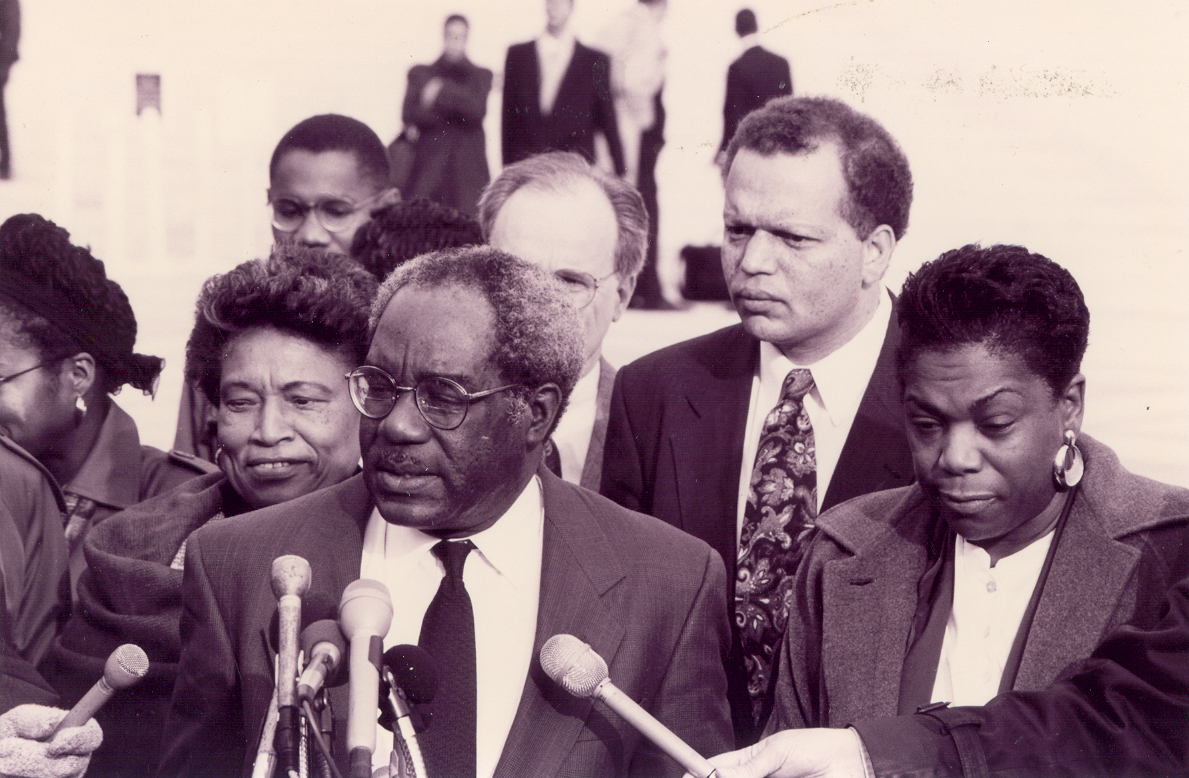 Developing the Next Generation of Civil Rights Advocates

The UNC Center for Civil Rights works to dismantle structural racism by researching, identifying and challenging discriminatory policies and practices that have led to the exclusion of low-wealth, non-white families and the underdevelopment of the neighborhoods in which they live. The center uses community-based, high-impact advocacy and outreach to secure social, economic and environmental justice for these communities. The center focuses on elevating families and communities above the boundaries of race, class and place.

Director Ted Shaw has been serving since 2014 and has guided the center through some of the University’s most challenging times. The center has risen to national prominence as a bastion for strategic civil rights advocacy. Through innovative research, scholarship and mentoring of young and future attorneys, the center brings attention to injustices across North Carolina and the South and provides action models for advocates, scholars and lawyers across the country. The center’s work focuses on education, environmental justice, equitable access to services, fair housing, and community engagement.

We can’t get to a society that is post-racial before we get to a post-racist society.

The UNC Center for Civil Rights was founded in 2001 under the leadership of then Dean Gene Nichol, Director Julius L. Chambers ’62 (1936-2013) and Deputy Director John Charles “Jack” Boger ’74 with the goal of challenging inequalities that inhibit the potential of minorities and low-income people and communities. During the late 2000s and early 2010s, professor emeritus Charles Daye served as the deputy director of the Center for Civil Rights.

The center has influenced the futures of many non-white and low-income communities, built a strong body of research and shaped the legal careers of young civil rights attorneys. Families and communities throughout the state have benefited from the center’s support in matters related to integration in K-12 education, municipal inclusion and fair and equal representation. In partnership with other civil rights organizations, new and innovative research has been commissioned and disseminated at national conferences and through print publication. Through the center, hundreds of students have had the opportunity to work alongside veteran civil rights attorneys as fellows, interns and volunteers.

The center participated in litigation for many years, but as of 2017 the center no longer provides legal representation to clients.

Julius L. Chambers (1936-2013) was the first director of the UNC Center for Civil Rights and served as a visionary and mentor for the center’s staff and friends. Chambers graduated from the University of North Carolina School of Law in 1962, first in his class. He served as editor-in-chief of the Law Review and was elected to the Order of the Coif and Order of the Golden Fleece, the highest honorary societies at the university. He taught at Columbia University School of Law while earning his master of law degree in 1964.

In 1984, Chambers left the firm to become the third director counsel of the NAACP LDF in New York City, following in the footsteps of Thurgood Marshall and Jack Greenberg. Under his leadership, the LDF became the first line of defense against the political assault on civil rights legislation and affirmative action programs that began in the 1970s and 1980s.