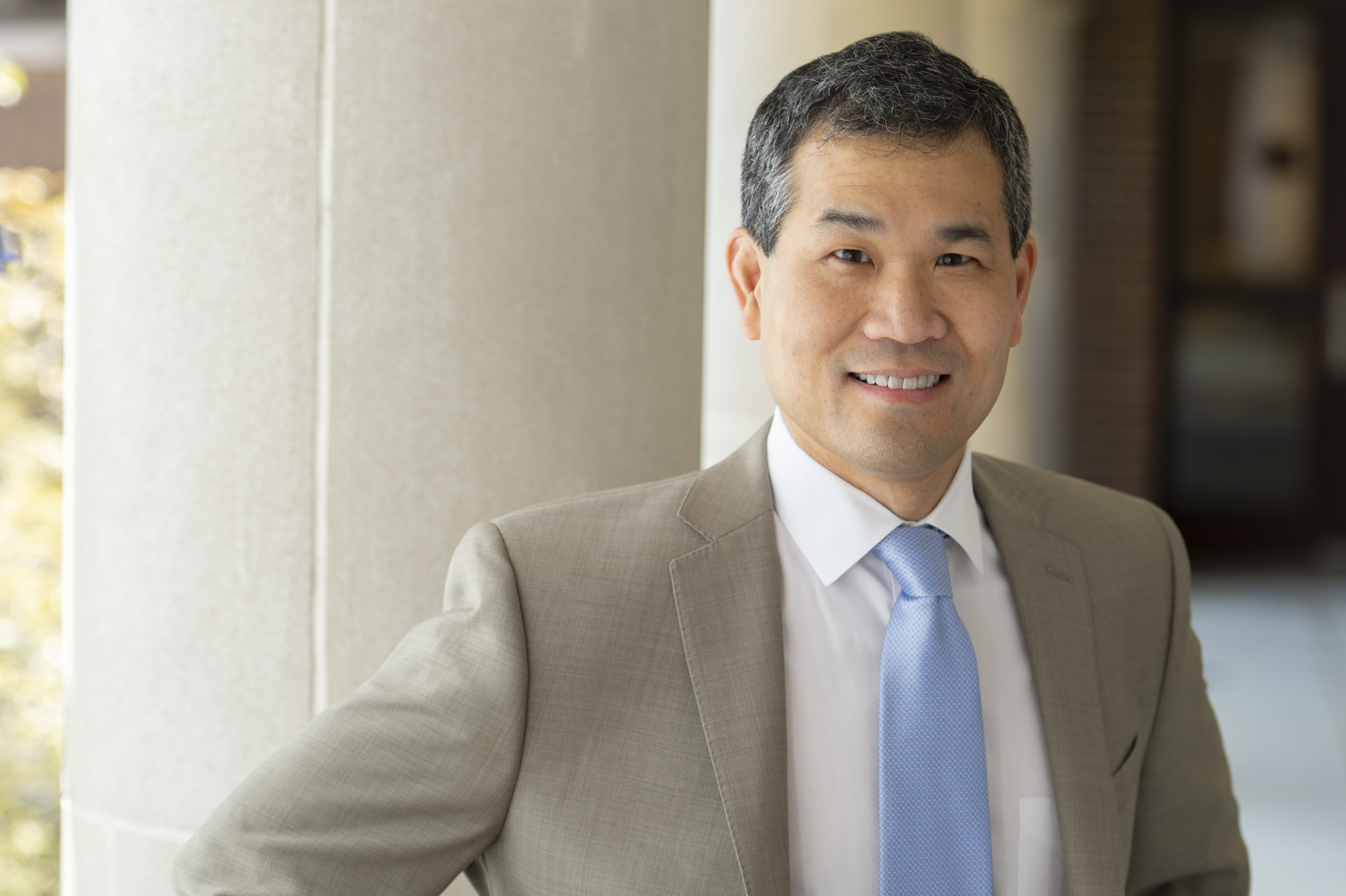 Andrew Chin joined the Carolina Law faculty in 2001 and serves as the Paul B. Eaton Distinguished Professor of Law. His teaching and research interests include intellectual property, antitrust, technology, business, contract, and election law. Chin’s articles and book chapters have pioneered the application of many novel quantitative approaches to adjudicating and analyzing issues across these diverse legal fields. His work has appeared in the Harvard Journal on Law and Technology, Washington Law Review, Alabama Law Review, and Jurimetrics, among others. He has authored and filed numerous amicus curiae briefs in major cases before the U.S. Supreme Court and the U.S. Court of Appeals for the Federal Circuit.
After earning his Doctor of Philosophy degree in Mathematics from the University of Oxford and teaching at Texas A&M University, King’s College London, and the University of Texas, Chin attended Yale Law School, where he was a notes development editor of the Yale Law Journal. After law school, Chin clerked for Judge Henry H. Kennedy, Jr. of the U.S. District Court for the District of Columbia. He practiced law in the Washington, D.C. office of Skadden, Arps, Slate, Meagher & Flom LLP prior to joining Carolina Law.