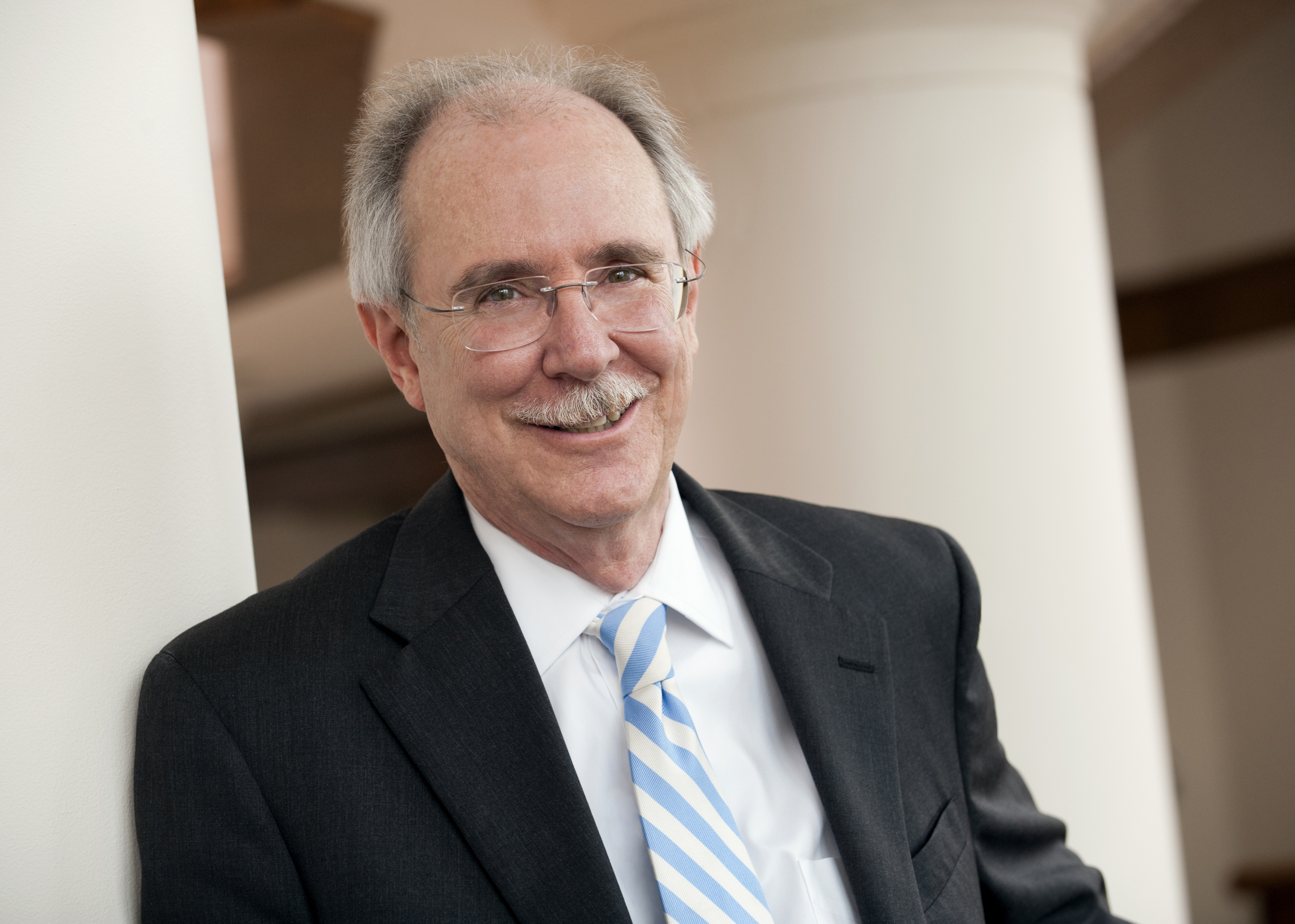 John Charles Boger joined the UNC Law faculty in 1990 and served for 27 years, until his retirement in 2017 as Wade Edwards Distinguished Professor of Law. His teaching and research interests included constitutional law, education law, and racial discrimination/poverty law. Boger co-edited two books, “Race, Poverty & American Cities,” and “School Resegregation: Must the South Turn Back?” in addition to numerous book chapters and articles on these themes. From 2001 until 2006, Boger served under Julius L. Chambers as the first deputy director of the UNC Center for Civil Rights. Boger was UNC’s associate dean for academic affairs from 1995-1999, and from 2006-2015, served as its thirteenth dean. Boger earned his BA degree from Duke University in 1968, his Master of Divinity degree from Yale in 1971, and his J. D. degree from Carolina Law in 1974, where he was associate editor of the North Carolina Law Review and graduated Order of the Coif. He clerked with a New York State appellate judge and worked for three years in the litigation department of Paul, Weiss, Rifkind, Wharton and Garrison in Manhattan before joining the NAACP Legal Defense & Educational Fund, Inc. in 1978, At LDF, Boger defended death row inmates for eight years, becoming director in 1983 of LDF’s Capital Punishment Project and eventually arguing four capital cases in the Supreme Court of the United States. In 1986, Boger became the founding director of LDF’s Poverty & Justice Project and in 1989, began 25 years of service as board chair of the Poverty & Race Research Action Council, a DC-based federation of civil rights, civil liberties, and legal services organizations to encourage national coordination of social scientific research and national & state advocacy on behalf of the minority poor. Boger was also active for over two decades in Connecticut and North Carolina State litigation in support of school finance/equity reform.

Standing at a Crossroads: The Future of Integrated Public Schooling in America, in INTEGRATING SCHOOLS IN A CHANGING SOCIETY: NEW POLICIES AND LEGAL OPTIONS FOR A MULTIRACIAL GENERATION, (Erica Frankenberg and Elizabeth DeBray eds., UNC Press 2011).
LC214.2 .I68 2011